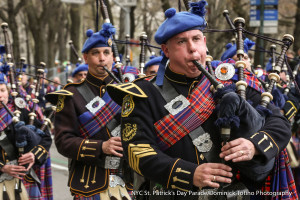 New York, NY, February 24, 2017 – The New York City St. Patrick’s Day Parade has a growing list of sponsors for the live parade broadcast Friday, March 17, from 11 a.m. to 3 p.m. on WNBC-TV 4, the Parade Board of Directors reported today.

Joining the list of sponsors for the first time are:

So, far, almost 400 groups have signed up to march in what promises to be one of the largest parades ever.

The 256th New York City St. Patrick’s Day Parade steps off from 44th Street and Fifth Avenue at 11 a.m. on Friday, March 17, and proceeds up Fifth Avenue to 79th Street.  In addition to the WNBC-TV 4 broadcast, the parade is live-streamed at www.nycstpatricksparade.org.