Kevin J. Conway is the Vice Chairman of Clayton, Dubilier & Rice, a global private equity firm which he joined in 1994. Conway is the Chairman of the Investment Committee at CD&R, a position he has held for over twenty years, during which time CD&R acquired over 75 companies with an aggregate transaction value of more than $200 billion. The firm’s current portfolio employs more than 600,000 and generates annual revenues of approximately $100 billion. Conway also served as Managing Partner at CD&R from 2004 to 2016, as well as a member of the Management Committee. In his 28 years at the firm, Conway has helped build Clayton, Dubilier & Rice into a leading global private equity firm, been active in many of the firm’s organizational initiatives, and he works closely with the chief executive officer on all aspects of CD&R’s operations.

Prior to joining CD&R, Conway spent ten years with Goldman, Sachs & Co., where he was elected a partner. At Goldman, he was a senior member of the Mergers & Acquisitions Department, advising chief executives, boards of directors, founders, families, and public and private companies on a wide variety of transactions. Conway also served as Chief of Staff of the Goldman Sachs Investment Banking Division and as global head of Investment Banking Recruiting.

Kevin Conway holds a joint degree from Columbia University, with an MBA from Columbia Business School and a JD from Columbia Law School, where he was a Harlan Fiske Stone Scholar. Conway is a magna cum laude graduate of Amherst College, where he was a joint political science and economics major and was awarded the Densmore Berry Collins prize in Political Science at graduation. While at Amherst, Kevin was a captain of the Varsity Wrestling team, a member of the Varsity Lacrosse team and the student advisor to the Economics Department. Since graduation, Conway has served in many leadership and volunteer roles for Amherst, including as a member of the Presidential Search Committee for Amherst’s 19th President and the Executive Committee of the Lives of Consequence capital campaign, Class President for the Class of 1980, Class Agent, and Reunion leadership, setting fundraising records for their 25th, 30th and 35th reunions.

Kevin Conway has been a member of many corporate and charitable Boards. Currently, he is a Trustee of the Carnegie Corporation of New York, America’s oldest grantmaking foundation. Carnegie Corporation was organized in 1911 by Andrew Carnegie to promote the spread of knowledge and understanding and focuses its grant-making in support of international peace, education, and the strength of our democracy. Conway serves as Vice Chairman, formerly Chair, of the Board of Directors of Student Sponsor Partners, an organization providing educational opportunities to at-risk inner-city children in New York City that Conway and his family have been involved with for over thirty years. Kevin and his wife Dee have funded scholarships for over 100 SSP students, and each of their children also sponsor and mentor SSP students. Kevin also serves on the Board of Catholic Health Services of Long Island, a network of six hospitals, three nursing homes, and several community service organizations, and the New York Catholic Foundation, which administers funds for the Archdiocese of New York in pursuit of the religious, charitable, educational, and community services activities of the Archdiocese. Conway is currently co-Chair of Access for All, a new scholarship initiative at Chaminade High School, aimed at providing full scholarships for students and families in the most underserved communities on Long Island. Kevin was recently honored as a Distinguished Alumnus at Chaminade’s inaugural Legacy of Leadership awards ceremony. Kevin and his wife Dee also are long-time supporters of many other charitable and civic causes, including Catholic Charities, Tuesday’s Children, Adventures in Learning, Little Flower Children’s Services, and many other charities addressing education, social services, and the needs of the disadvantaged.

Kevin Conway is a native New Yorker and was born in Queens, along with his identical twin brother Brian, one of five children of James and Dolores (Gilhooly) Conway. His parents were both of Irish descent, and because of Irish emigration in the mid- and late- 1800’s, Mr. Conway can track relatives to many towns in Ireland, including Drumshanbo in County Leitrim, Newmarket in County Cork, as well as County Meath and County Limerick. Most directly, He traces his Irish heritage through James Conway, his great-grandfather who emigrated from Drumshanbo, County Leitrim in the late 1800s, and John Beechinor, his maternal great-great-grandfather from Newmarket in County Cork. Kevin Conway’s family tree include well known Irish names such as Conway and Gilhooly, along with earlier generational names dating to the early 1800’s with many relatives bearing the names of Beechinor, Cannon, Daly, Doran, Farron, Fitzgerald, Halvey, Maher, Magushim, McCarthy, Murtha and O’Hare. Most of these branches of the Conway family tree also emigrated from Ireland, populating Brooklyn and Queens in the late 1800’s and early 1900’s.

Kevin Conway is married to Denise (“Dee”) Whalen Conway and they are the proud parents of four children: Jack, Ryan, Matt, and Kate. Jack and his wife Shannon have given Dee and Kevin the blessing of two grandchildren. The Conways are members of the parish of Saint Mary’s, Manhasset, Long Island.

The NYC Parade is held on March 17th and begins precisely at 11:00 AM.
The Parade marches up Fifth Avenue beginning at East 44th Street and ending at East 79th Street. STEVEN MCDONALD: BLESSED ARE THE MERCIFUL

View on the Catholic Faith Network

What Time Can Spectators Arrive?

Spectators can begin lining up along 5th Avenue as early as they would like. “Best views to those who show up early.”

Where Is The Best Location To View The Parade?

Anywhere along 5th Avenue will give visitors of the Parade a fine location to experience the Parade. If you prefer to stand as close to 5th Avenue as possible, then the earlier you get there, the better.

Are There Portable Restrooms?

No.  By order of the NYPD, there are no portable restrooms set up along the Parade route.

Will The Parade Be Canceled Due To Bad Weather?

The Parade has not been canceled due to bad weather. That said, the Parade has marched in a variety of meteorologic conditions that have included various examples of inclemency.

Because of their generosity each year the celebration goes on!

May your pockets be heavy and your heart be light.

May good luck pursue you each morning and night. 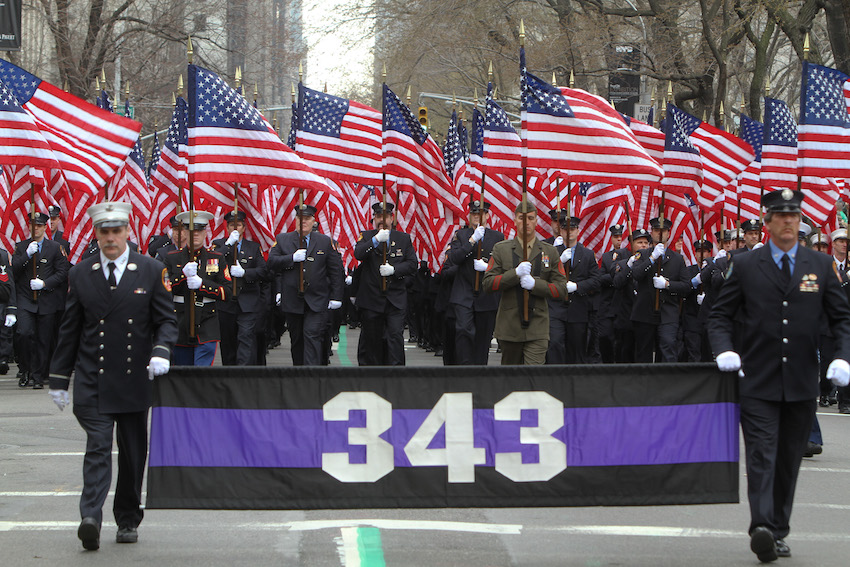 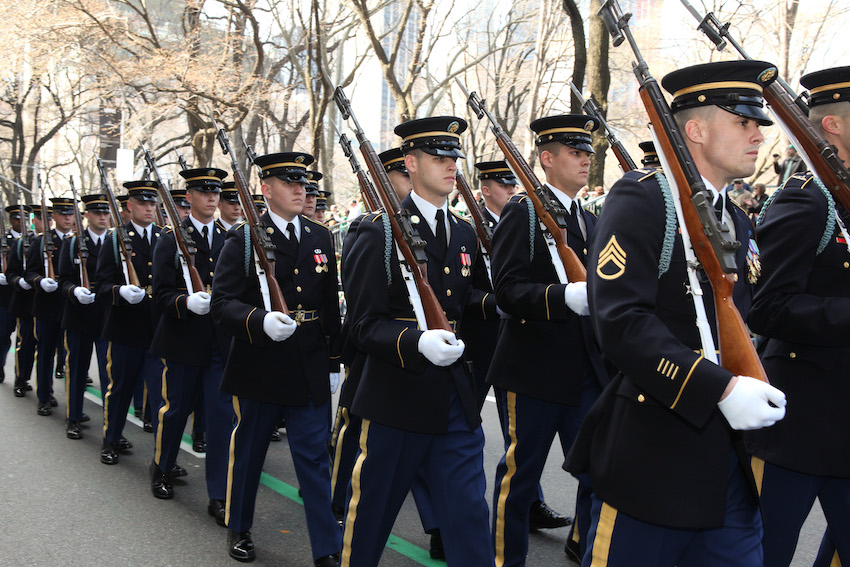 All Photography by Dominick Totino