James T. Callahan
General President of the International Union of Operating Engineers
Headquartered in Washington, D.C., the IUOE is a diverse trade union that represents over 400,000 men and women in the United States and Canada who work as heavy equipment operators, mechanics, and surveyors in the construction industry, as well as stationary engineers who work in the operation and maintenance of industrial and commercial buildings such as schools, hospitals, offices, powerhouses, sports arenas and the like, in both countries.

The IUOE also represents nurses and other health industry workers, public employees in a wide variety of occupations, and several job classifications in the petrochemical industry.

President Callahan is a 40-year member and third-generation Operating Engineer, who moved up the ranks from Member to Shop Steward, Foreman, Trustee, Business Representative and ultimately in 2003, led Local 15 in New York City as President and Business Manager.

President Callahan began his career in the Operating Engineers in 1980. Proficient in all aspects of maintenance and repair, he was initiated into Local 15C as a shop mechanic. By 1993, he had worked his way up to maintenance foreman and was an integral part of the team that worked on the World Trade Center site in the aftermath of the terrorist bombing of the parking garage that killed and injured dozens of people.

Eight years later, as a local union Business Representative, President Callahan found himself back at the World Trade Center. This time, he was one of the many Operating Engineers who were first responders to the September 11 tragedy and stayed to work throughout the entire recovery effort at Ground Zero.

Jim was a member of the Board of Governors of the New York Building Foundation and a member of the Bronx, Brooklyn, Queens Manhattan, and Staten Island Boards of Business Agents and Trustee on the IUOE Central Pension Fund. He also sat on the prestigious Metropolitan Transit Authority’s Blue Ribbon Commission whose purpose is to oversee all MTA projects throughout the City.

Jim is President of the New York Friends of Ireland and through the Operating Engineers, led the delegation to Derry, Ireland for the opening of the James Connolly Cultural Center.

Jim and his wife, Fran, are the proud parents to James, Ian, and Patrick and reside in Long Island, New York. 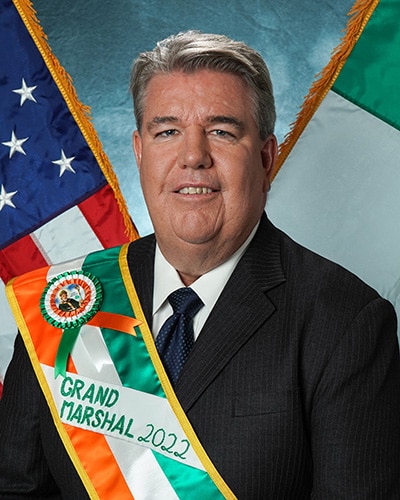